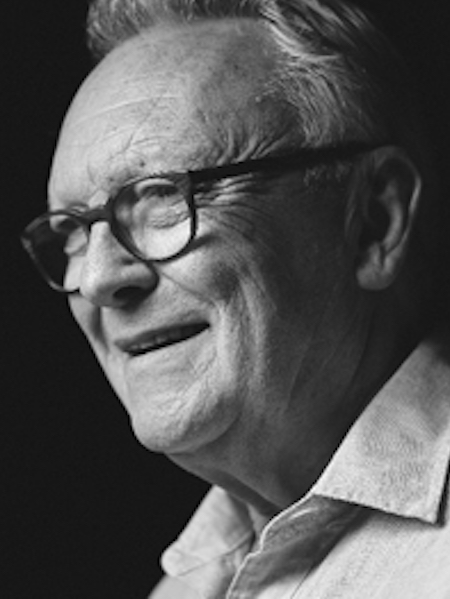 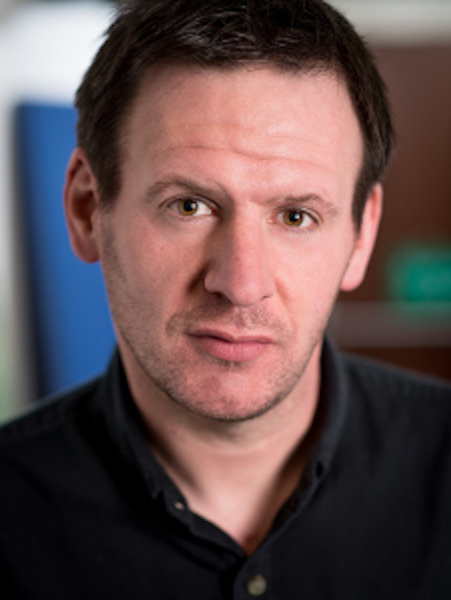 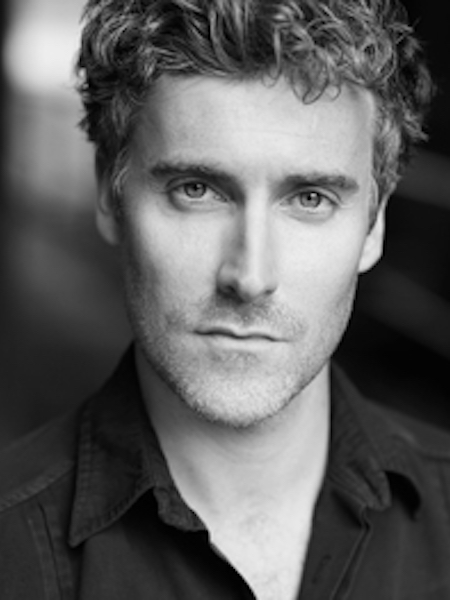 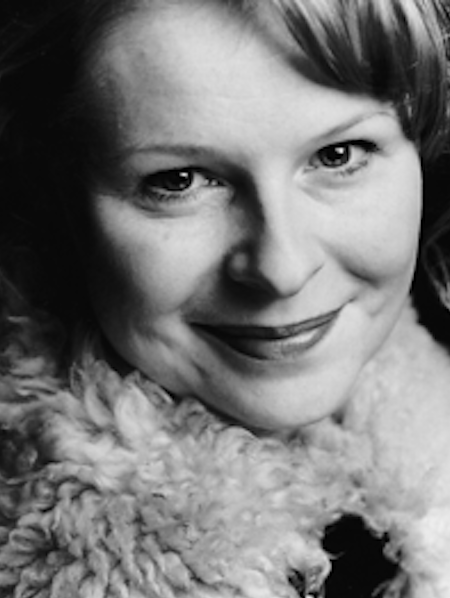 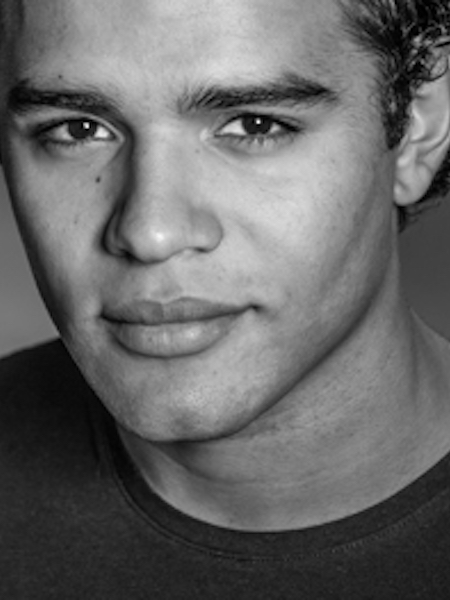 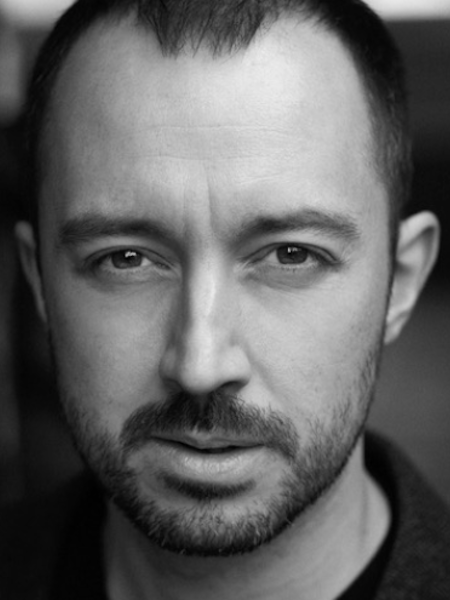 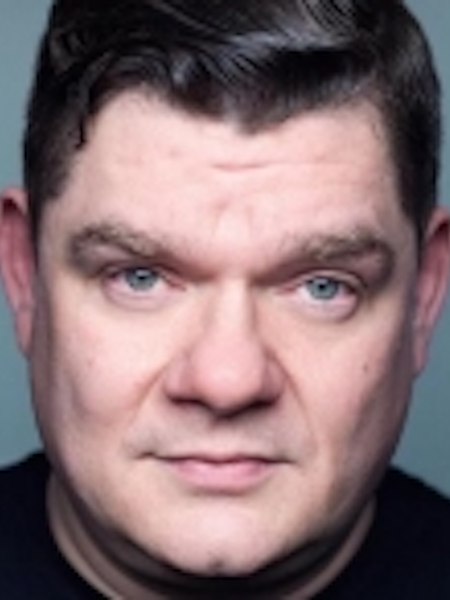 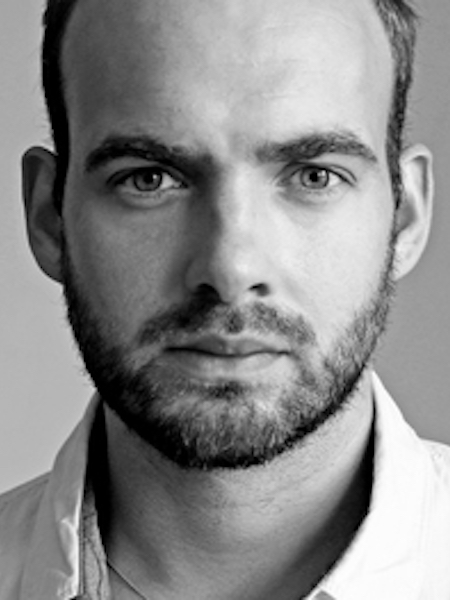 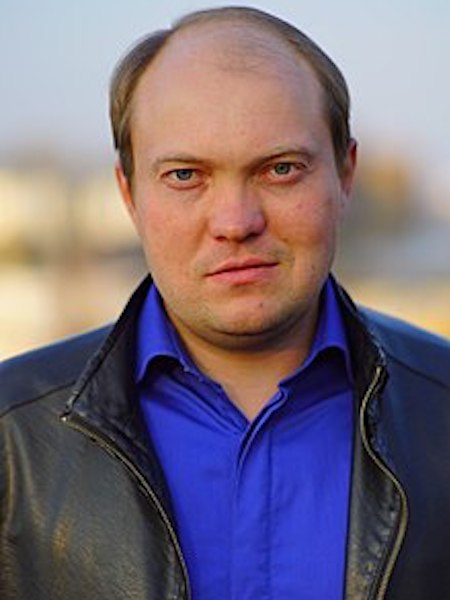 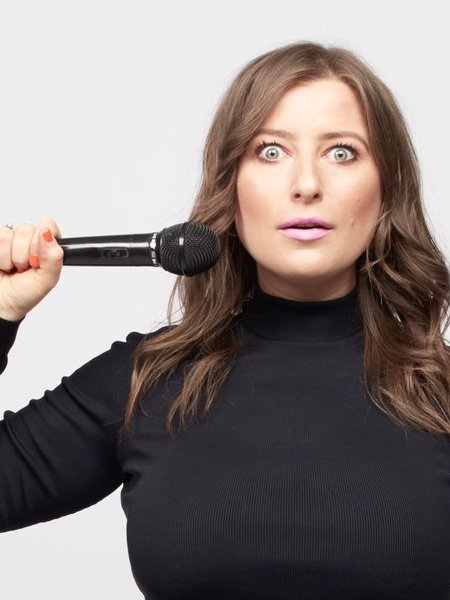 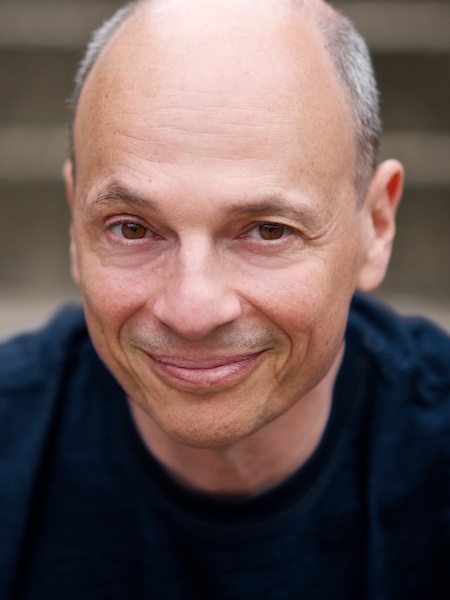 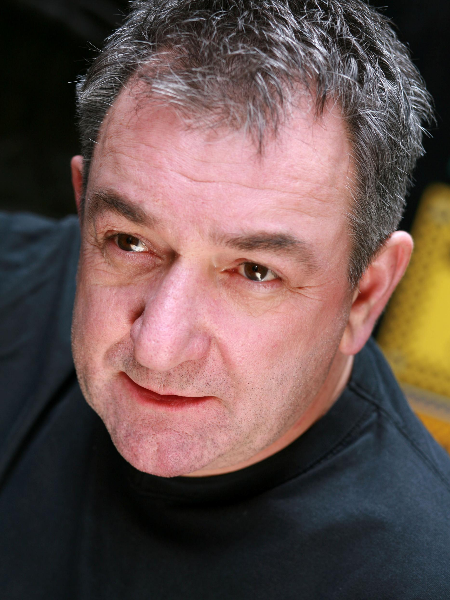 Ken Stott As The Boss 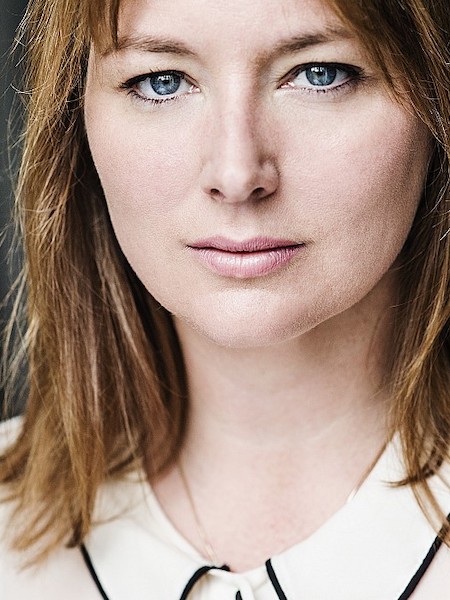 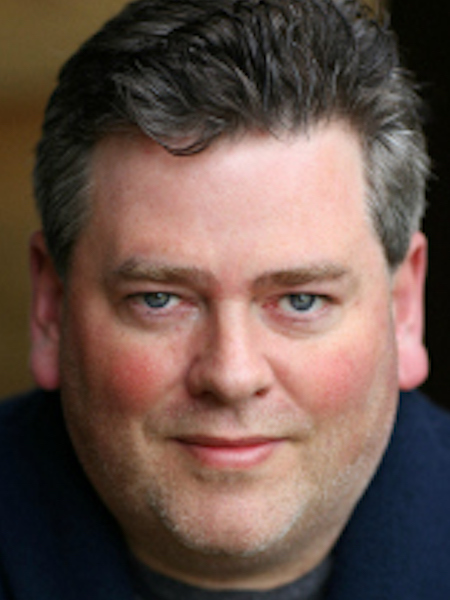 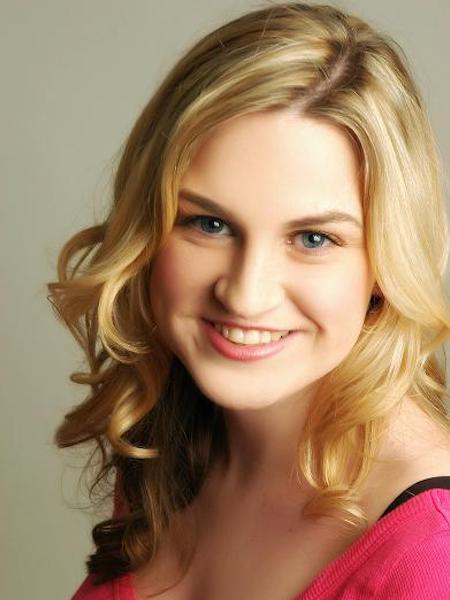 Nigel has 'Radio Times' and 'Sony' awards for radio performances. He was also the voice of Walter in the short animated film 'Head Over Heels' which was nominated for an Oscar in 2013.

Neil’s recent theatre credits include The Murder Game and Suddenly at Home for the London Repertory Players, Moment of Grace for the Bloomsbury Festival, Rope and award-winning new play Bully Beef for Brighton Fringe, and the classic Christmas story It’s a Wonderful Life. Other stage credits include Dial M for Murder, The Good Doctor, Yes Prime Minister and The Ladykillers. Neil has also enjoyed performing in new writing plays including The Missing Special, Magpies, Trial by Ego and the sell-out comedy Would Like to Meet. Neil is currently rehearsing for this year’s Brighton Fringe, appearing as Jerry in Harold Pinter’s Betrayal and as Frank in new play Further Education. Neil has appeared in over seventy short films, most notably the award-winning Wise Girl and The Domestic Life of Mollusks. Other screen work includes feature films Dragonflies only Live for 24 Hours, Strangers Within, The Cutting Room and Addict as well as various commercials for companies such as Nationwide, Warburtons and BMW. He also played the lead in The Lost Boys music video for their single China in the Sink. Neil’s voice credits include extensive work on the sci-fi audio drama series The Whisper Through the Static and voicing various characters in the stop-motion animated feature film Strike (currently on theatrical release in France under the title Mango).

Jacob has worked as a television presenter for the last few years and also plays the role of Leo in the new series of Bob the Builder.

Timothy "Tim" Dann is a British voice-over artist, actor and writer. He is best known for his voice work on CITV, the comedy shows Hedz & OOglies. He also co-created and wrote OOglies with fellow writers Nick Hopkin & Austin Low.

A Perrier Comedy Award nominee and a regular in ITV’s acclaimed drama ‘Unforgotten’, Jordan has worked extensively in film and TV for the past 15 years.

Daniel is the go to man when you need a particular style of voice. He can also record samples for you in his home studio. He can do anything from Busta Rhymes to a 70 year old vicar.

Denis Khoroshko is a Russian actor who is most notable for his portrayal of chemical weapons delivery man in Mission Impossible – Rogue Nation and in Fantastic Beasts and Where to Find Them. Denis was born to Tamara and Ivan Khoroshko on December 16, 1979 in Belarus. He studied acting in Saratov, Russia. Besides acting, he is a singer and plays guitar and piano. He moved to London in 2005 where he began his acting career. In 2010 he appeared at Russian London Theatre where he played leading role in Balzaminov's Marriage and the same year participated in an opera called Lysistrata and musical Witchcraft. In 2013 he did a voice-over for Battlefield 3 and appeared at The Graham Norton Show with Joan Rivers and Alicia Silverstone. As a hobby, Denis is a huge sports fan and knows 5 different languages, including English (which he speaks fluently) and Russian (which is native fluent) as well as beginning level of Belarussian.

Naomi McDonald is an Anglo/ American multi-skilled actor, impressionist, stand-up, singer and voiceover artist. She is familiar to millions of viewers on Sky, Capital FM, CBeebies and the Cartoon Network. Naomi currently voices characters for a plethora of shows including ‘Thunderbirds’, ‘Go Jetters’, and the multi BAFTA-award winning series ‘The Amazing World of Gumball’. Learning to sing before she could walk, and striding onto the professional comedy circuit at the age of 11, Naomi’s natural knack for comedy was first recognised very early on when she performed as part of a comedy/ cabaret singing trio with her father Mac McDonald back in 2001. She has continued to wow audiences ever since both on screen and on stage. Naomi is also a very talented writer of sketch comedy and recently returned from the Edinburgh Fringe, where she performed her highly successful debut hour ‘Stardumb’. In 2017, Naomi starred as the lead roll in the Sky series ‘Kiss Of Death’. She was also part of BBC Radio 2’s ‘Celebrity Lip Service’ which showcased a handpicked selection of Britain’s hottest up-and-coming comedy talent.

As Terry Grenville / Benedict (Mine Choir)

Kerry Shale is a Canadian actor, voice actor, singer and writer based in London. 'The best-known American voice on Radio 4' – Evening Standard. Kerry’s staggering versatility has been heard on on adverts, cartoons, documentaries and video games.

Ken Stott was born in 1955 in Edinburgh, Scotland as Kenneth Campbell Stott. He is an actor, known for The Hobbit: An Unexpected Journey (2012), The Hobbit: The Desolation of Smaug (2013) and The Hobbit: The Battle of the Five Armies (2014).

Beth is an actress and comedy writer, best known for her TV roles in Appletree Yard and Pat & Cabbage. She’s also very experienced in animation, including Mike the Knight, Lucky Fred, and Henry Hugglemonster.

Dave is a multiple award winning playwright. His live work includes co- producing, marketing and acting in many shows with the Foundry Group, including the Best Show Award winning Big Daddy versus Giant Haystacks, Those Magnificent Men, Gilbert (No Sullivan) and has spent the last year touring in The Ministry of Biscuits by Brian Mitchell and Philip Reeve, who’s book Mortal Engines was released as Peter Jackson’s latest film this Christmas. The Ministry of Biscuits will be doing a two week run at The Barons Court Theatre in Jan/Feb. He has also booked a 35 date tour of Those Magnificent Men for 2019 to mark the 100th Anniversary of Alcock and Brown crossing the Atlantic. A founder member of the The Ornate Johnson's (Last seen doing their Edwardian Spectacular on BBC4), he also plays Geoffrey, Gerry, Jack on Radio 4's Count Arthur Strong's Radio Show! (2016 British Comedy Guide Best Radio Sitcom Winner/2009Sony Gold) which broadcasts its 50th Episode Dec 2018. In 2017 he co starred in Radio 4 gangshow Rumbunch with Mel Giedroyc and Justin Edwards. Recent TV includes various wierdo’s in two series of Sky’s This is Jinsy, another set of oddballs in E4’s Tripped, Sky Atlantic’s Da Vinci’s Demons and as a conspiratorial butcher in TNT historical drama Will. Dave appeared last year in award winning art horror film Caught, and has extensive film credits. He is the voice of Dylan the Mole in the forthcoming animated feature Strike! He is recording more voices for another animated feature this Autumn. He is a busy voiceover artist.

Lizzie is the voice of Horrid Henry in multi BAFTA nominated tv series "Horrid Henry" - currently in its 5th series on Nickelodeon and Netflix. Her vocals were also used in the 2011 Horrid Henry live action feature film. Lizzie began her career as the title role of Clifford in "Cbeebies Clifford The Puppy Days" and plays multiple characters on BAFTA nominated CBeebies' “Alphablocks”. She stars in CBeebies new pre school show “Tinpo” (Doug Po), and has played Lofty in the USA version of "Bob the Builder". Lizzie starred as the young Mowgli in the 2015 multi award winning Audible audio drama “The Jungle book”. Other credits include Channel 5's “Jelly Jamm” (Bello), Angelina Ballerina (AJ), Nickelodeon’s internationally acclaimed “The Backyardigans” (Uniqua and Austin), and plays the recurring casts’ children in the Eastenders BBC podcast.